The Bank of Bermuda Foundation Triathlon–or rather triathlons–once again took place in the scenic setting of St George’s, on Sunday 28 September 2014.

The venue was not the only familiar sight, as our winners of the adult individual event were the seasoned Neil de Ste Croix and Karen Smith, the first female finisher and in second place overall. Mark Wilcox and Christopher Hands were the second and third placed male finishers, while the experienced Julia Hawley and Laurie Orchard filled the equivalent slots for the ladies.

Neil told me that it was 16 years since he had last won this race. I asked him if he had imagined winning again and got a short, sharp answer: “no chance”.

Among the experienced triathletes there were a number of novices taking part in a sprint distance for the first time. Many of them were nervous beforehand. All of them did wonderfully. Well done.

This race wasn’t all about the adults, though. There were a number of junior races (see the files below for the results). While there were many notable performances perhaps Matthew Oliveira and Nicholas Pilgrim deserve honourable mentions for winning their respective events by wide margins–and young Blake Oliveira looks as if he is one to watch as well.

It takes a huge effort and months of work to pull off this complex event. You did it, gents. You even managed to end the event just before lightning started!

Thank you also to all the volunteers who selflessly helped them, as well as to the police, St John’s Ambulance and Bermuda Timing Systems. And anyone else I’ve omitted to mention due to, ahem, print deadlines. 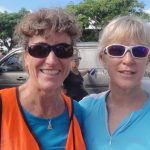 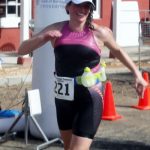 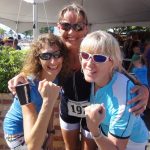 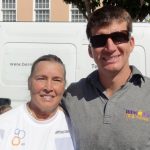 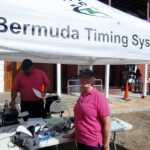 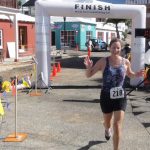 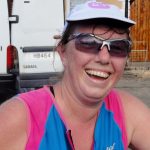