The camp is open to all juniors aged 7 and up (no upper age restriction).  The camp will be held at Clearwater Beach and run as a half day camp – from 8.30 am to 12.30 pm each day. The cost for this camp will be $200 for the full five half days. If there are any participants who can’t make the full camp, it will be possible to participate in whatever days you can make at a charge of $40 per day, although to gain the most out of the camp it is preferable for participants to attend the full camp.

There are eligibility criteria for the camp which are set out below, together with a biography for the camp director. Spaces will be limited, and if you would like your child to attend, please complete the registration form and return at your earliest convenience. Places are limited and will be allocated on a first come first serve basis.

The camp will be run by Steve Trew, a well-known triathlon luminary from the UK (bio attached) who has been coming to Bermuda for many years.

To be eligible, each participant must:

•    Be at least 7 years old and completed P2 by the camp start date;
•    Be able to swim 100 meters in open water without assistance and generally be comfortable in the water;
•    Have participated in at least one triathlon event;
•    Have a road bike and is comfortable riding without assistance (preferably a road bike but mountain or BMX bikes are acceptable);
•    Have a can do attitude and be willing to have some fun. 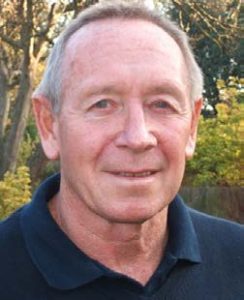 Steve Trew is one of the best known names in the world of triathlon. He started racing for Great Britain in 1984 and then went on to be Great Britain national coach. He wrote the first coach education syllabus for the British Triathlon Association. Steve was Olympic Games coach at Sydney 2000 and team manager for Wales at the Commonwealth Games in Melbourne 2006. Steve has had nine books published on triathlon and running, and has commented on triathlon, swimming, track and field, and race walking at European and World Championships and Commonwealth and Olympic Games.